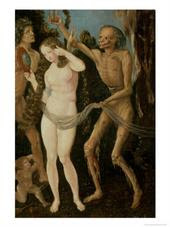 
Brian Lambert is a musical iconoclast, boldly invoking the ghosts of distinct and revered genres, only to dash them against one another, where they refuse to comfortably cohere. The resulting synthesis is something like a mad shuttle ride down an unevenly lit mineshaft, descending through rocky strata of American musical history, terminating in an upside-down, inside-out wonderland where one might join Alice and the Hatter for afternoon tea. And it’s well worth the trip.

I wrote the above at the request of LC Messinger of When Girls Collide, who is in the process of producing a CD for Brian Lambert. The quote pretty much describes my experience of Lambert’s music to date. Emerging as a unique voice from within the exuberant Austin music scene, Lambert began working with Messinger last year when “mistaken as a Jehovah witness, [he] knocked on the door of Crush M Records.” The synthesis between Lambert’s Americana and Messinger’s “KD Lang on acid in a barn yard full of loud animals” approach is quirky, odd and unsettling. Which, from me, is a ringing endorsement.

Initially, I wasn’t sure what to make of the sound. The first track I heard, a demo titled Spell for Happiness, was an eccentric, blues/folk tune - a stripped down acoustic guitar and vocal - that sounded as though it were pressed on vinyl and played back through an ancient Victrola. But it grew on me the more I played it. Which is true of each song I’ve heard since. As I write this I am listening to Brian’s latest posting at his Myspace page,“Didn’t Want You to Want Me.” Again he appeals to past musical styles - in this case late ‘60s Rock and Roll/Blues ala Hendrix and the Doors - but here Messinger’s production augments basic guitar, base, drum and vocal tracks with a melange of atonal electronica that confounds one’s ability to dismiss this as derivative or to pigeon-hole Lambert as retro-this or that.

Brian has a very strong, versatile voice. He describes himself on his Myspace page as “A cross between Bob Dylan, Jeff Buckley and David Byrne.” While this may be accurate, such comparisons are useful more as marketing soundbites than as a complete description of Lambert’s oeuvre. In truth, Brian has his own fluid and distinct vocal style, one that compliments his unique approach to musical de-&-re construction.

At this moment I do not have a solid release date for Lambert’s CD, but it is coming soon.  I will post updates as I receive them.

Note: Although I have a long-standing friendship with Messinger, I have never met nor even corresponded with Brian - despite me efforts to Friend him at Myspace.