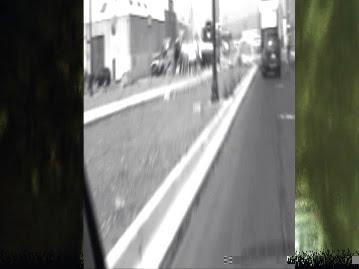 I received a note a few days back from Ryan Wirth (of Psykids Army) thanking me in the most gracious of ways for the review I wrote on his song collection Story.  It couldn’t have come at a better time as I was feeling pretty low over the whole Chicken Head incident.  Seriously, it was really great to know that somebody was reading the positive reviews as well as the negative.  I was beginning to think I’d be relegated to writing hack-jobs for eternity in order to keep my readers.  I have had other positive responses in the past – Brian Lambert, Patrick Doval and the Desert Owls all sent their appreciation my way.  What troubles me, though, is that none of their fans followed suit.  I mean, why is it that people only seem willing to put finger to keyboard when they have something mean to say?  (Although I have to admit I was pretty dour re: the RCHs, so I guess I got what I gave).

All in all, I have to say that I am grateful for any response, positive or negative.  And as far as The Radioactive Chicken Heads go, I owe them a huge debt of gratitude.  They’ve been really good sports, considering all the crap I gave them.  And since they posted my review link on their Facebook page I’ve had over 100 new blog readers and 400+ new visitors to my music sites.  Not saying they were solely responsible, but they didn’t hurt.  So if any of you Chicken Heads are reading this… let me know where to send the Champagne.

As far as bad press goes, I only hope some day my music will become noteworthy enough to attract negative criticism.  Nothing’s worse than being ignored.  But for now I’ll have to settle for the remarks my prose elicits, both genial and hostile.