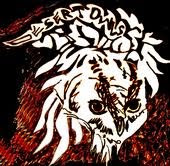 Rummaging about the Myspace archives this morning I discovered this Canadian group calling themselves Desert Owls.  A posted message to the Coachella Valley Music and Art Fesitval’s site reads   “... hopefully we’ll get to play your festival one day.”  I figured they must be real indie, since one normally hires a manager and publicist to carry out such solicitations.  Unfortunately, I couldn’t find an MP3 to download at itunes.  Which is too bad, because I would have happily parted with the $.99.

I find their music terribly catchy, despite its being far from my usual taste.  They describe themselves as Punk / Thrash / Trance, commenting that their music sounds like “our parents are disappointed.”  It’s always inspiring to find unsigned musicians with ample senses of humor.

The band blend in-your-face dissonance with melodious, toe-tapping pop.  I’m reminded of the more aggressive offerings from early Pixies, “Something Against You” or “Debasers,” say.  Could I have found a more recent band to compare them to?  I suppose so, although aside from my friend Dyami’s band Poor Man’s War, I haven’t listened to a lot of this sort of music.  So yes, I’ll date myself and trace this band back to the source of all things rough and wonderful... In all honesty, though, a band like Desert Owls is to Pixies what Yeah Yeah Yeahs is to The Pretenders.

I wish I could say something critically negative about their songs... I don’t want to come across all wishy-washy and sycophantic.  But if I didn’t like them I’d have moved on.  Which is what I typically do for about an hour each morning in search of something compelling to write about.  OK, I don’t love every single song, but those that I do, I like quite a lot.

My favorites, in this order are: “Go Go Go,” “Who,” “The Transitional Stereotypes of the Comm” and “The Letter E.”  I suspect there may be more to that third title - something cut off due to limited space..?  Or not.

If they do play Coachella some day I’ll make sure to go - since I only live about twenty minutes away... although on festival days it still takes about an hour through slogging traffic to get there.